Saving for retirement or college education? 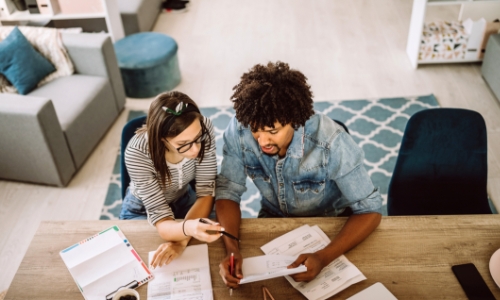 Other than stowing funds for a home purchase, there are two major building blocks that most Americans try to save for: retirement and their children's college education.

But choosing to prioritize saving for one over the other can be difficult. Should a family place more emphasis on education, or should they try to establish their own financial footing with a strong retirement plan? While there's no blueprint to follow - some families might have better luck doing one above the other - most financial advisers agree parents should stress saving for retirement first.

"Unless your retirement plan is for your children to take care of you, retirement funding must come before education funding," Rick Lowe, a financial adviser, told The Wall Street Journal.

Dr. Don Taylor, a financial adviser and contributor to Bankrate, also believes parents should make retirement their top priority. Taylor said it's much more likely for someone's children to be able to secure their college financing - via scholarships, grants or student aid - than it is for a child to finance a parent's retirement.

"Parents should keep retirement a priority before deciding to cash in retirement savings or take on a heavy debt load to completely fund their child's college costs," Taylor told Bankrate.

Potential students should contribute to their education
AARP agreed with Taylor's assessment. Parents should tend to their own financial needs before they put forth a large sum of money for their children's education. The source argued that if parent's don't look after their own finances first, they won't be able to help anyone - or themselves - later on in life.

"Most people don't do a good job saving for retirement, so diverting money from long-term retirement goals is a dangerous proposition," Jay LaMalfa, a financial adviser in New Jersey, told The Wall Street Journal.

AARP recommended parents ask their children to work part-time to help save for their tuition and room and board. The investments made via work will give prospective students a personal tie to their own education and could lead them to hold a greater sense of respect toward their college experience.

Save for retirement and college education
Much like saving for retirement, parents should save for their children's education as soon as possible, according to U.S. News & World Report.

Maria Bruno, an investment analyst with the Vanguard Group, told The Wall Street Journal parents should launch some type of college savings plan as soon as their child is born. Bruno's company stated parents who save $300 a month should have around $120,000 in savings by the time their kid is 18 and ready to go to school if they start saving as soon as the child is born.

While most financial experts agree that saving for retirement should be the top priority, those willing or able to also save for their children's education should see if their state offers a 529 plan.

A 529 plan is a savings plan managed by a state or a higher education institute to assist families in their efforts to bankroll future college costs. Nearly every state offers a 529 plan, according to savingforcollege.com, and most states - along with the federal government - provide tax breaks for 529 plan participants.

A 529 plan is similar to a 401(k) or an IRA, with parents making investments in mutual funds or similar ventures.

But there is one major drawback to a 529 plan: The earnings are subject to a 10 percent penalty if the funds aren't used toward education.

10 common fraud schemes and how to protect your money

What the 2019 Federal Reserve interest rate reduction means for you