Young adults are getting into the car-buying scene 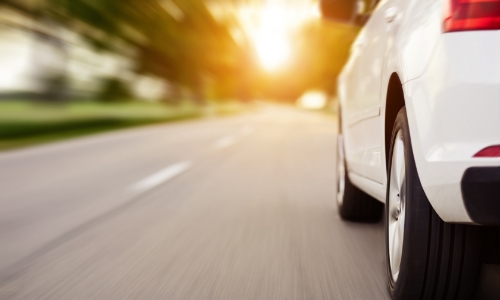 While millennials have been slow to make major financial moves and take big life steps - such as buying a home or getting married - compared to previous generations, they seem to be ready to buck the trend in one commercial sector. According to a report from J.D. Power & Associates, millennials are making their way back to the automobile industry, helping propel sales in what should be another strong year for car manufacturers.

"They are the largest growing cohort in the market and saying they don't like cars simply isn't true anymore," Krafcik said in a release. "We know having a car means the same thing to Millennials that it does to other generations: independence and identity."

Also known as Generation Y, millennials were born in the early 80s to 1994. This demographic accounted for 20 percent of new-vehicle retail sales in 2014, and that number is expected to rise substantially in 2015, according to a recent report from TrueCar.

The report estimated millennials will comprise 25 percent of buyers in the new-vehicle market in 2015, purchasing 4.24 million vehicles for a revenue of $135 billion.

If those figures hold up, that would be a 31 percent increase from the 3.24 million vehicles millennials purchased in 2014, according to Automotive News. Revenue from the young adult demographic would also climb more than $100 billion.

"Lower-price-point vehicles such as the Mercedes CLA, BMW 1-series and Audi A3 are making luxury cars more attainable for millennials earlier in life, which could help these brands establish long-term consideration and loyalty," Wainschel said.

Sport utility vehicles are also looking attractive to young adults thanks to low prices at the pump. Jeff Schuster, an analyst with LMC Automotive, told Bloomberg that Americans continue to have an "on-again, off-again" relationship with SUVs.

"It shows that consumers are feeling good about the position of the economy," Schuster said. "Combine that with some new products and relatively low fuel prices and the magic takes over."

What millennials want from the car-buying process
Isabelle Helms, senior director of research and marketing analysis at AutoTrader.com, said millennials are looking for certain assistance when at a car dealership.

"[Millennials are] looking for experts to help answer their questions, and to touch and test out the physical car before making a purchase," she said. "That said, millennials want time and space to make the right decision, and will value the salespeople who provide the information they seek in a no-pressure way."

Millennial homeowners who aren't sure if they can afford a new automobile should consider a home equity line of credit, which allows them to put their home down as collateral for a credit line from their financial institution. The line can be used for home renovations, student loans or a down payment on a car.