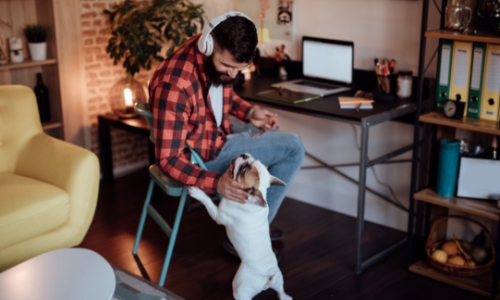 There's a fight going on between major metro areas and their surrounding suburbs: both are looking to attract more millennial residents in the near future.

Michelle McDonough Winters, a senior visiting fellow for the Urban Land Institute's Terwilliger Center for Housing, told REJournals.com that millennials continue to power the housing market, which is why investments to lure the demographic are being made.

"Suburbs can't become cities," McDonough Winters said. "But they might become more urban. They might offer their own pedestrian-friendly downtowns. They might need to add urban elements that appeal to today's millennials."

McDonough Winters has a few suggestions for suburban planners, who are generally behind the eight ball when it comes attracting young adults. She said they might consider improving transportation, adding apartment communities, and providing more shopping, entertainment and night life in easy-to-walk areas.

New designs for the suburbs
One person doing just that is Peter Calthrope, a San Francisco-based architect. Calthrope is helping push the New Urbanism movement, which takes successful urban designs and uses that same theory in suburban development. Calthrope's concept stresses mixed communities, strong public transportation and urban centers that are easy to navigate for pedestrians, according to Nielsen.

New Urbanism is currently popular in the suburbs of Portland, San Antonio, Memphis and Miami, according to Nielsen. This has spurred millennials to move to those areas, especially older millennials with median incomes of $48,000 or more.

Calthrope's concept also includes a wide variety of housing types. Apartments, town houses and single-family homes can be seen throughout a city featuring New Urbanism design, allowing for both renters and those seeking mortgage loans to have plenty of housing options.

Why are the suburbs trying to compete with cities?
The suburbs don't want to be left behind when dealing with the biggest demographic in the U.S.

Millennials are living in urban areas at a higher rate than any other generation, according to Nielsen. More than 60 percent of millennials said they prefer to live in a mixed community centered around an urban hub than a suburban or rural area. Living in such a city allows millennials the convenience of being close to shops, restaurants and their places of work.

The Midwest is leading the charge
Christy Lockridge, a principal at a financial institution in Chicago, told REJournals the Midwest is making a name for itself among tech companies. She said an influx of tech companies in the central business districts of Chicago and Minneapolis are helping lure millennial workers to the Midwest.

"We are continually and pleasantly surprised with how well the Midwest markets are performing," Lockridge said. "There are new developments in pockets all across the Midwest."

A trio of Ohio cities - Cincinnati, Cleveland and Columbus - have also seen a steady flow of tech companies enter the market.

"What is surprising is all the focus that is paid to the coastal markets," Lockridge said. "There is so much talk about how the job growth is going there. Job growth, of course, drives apartment development."

Third Round of Stimulus Payments - What You Need to Know