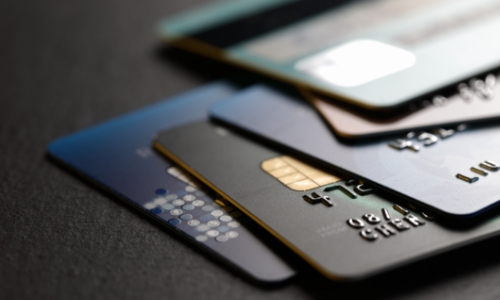 Saving money might be more difficult for many Americans than most people think, according to the findings of a recent study.

Yet the slight surge in savings versus debt isn't enough to make Greg McBride, chief financial analyst at Bankrate, sleep any easier.

"These numbers mean that three out of every eight Americans are teetering on the edge of financial disaster," McBride said in a release. "People between the ages of 30 and 49 are in the worst shape, probably because of the expenses associated with raising children and paying a mortgage."

Dealing with credit card debt
For anyone carrying a heavy credit card tab, the first step should be geared toward knocking down the debt associated with the highest-interest cards.

Credit.com recommended consumers find their highest interest rate and double or triple their monthly payments. While it can be difficult to stick to this method if a particular high interest card carries heavy debt, don't be afraid to keep with it. The faster a person can knock off their highest-interest credit card, the sooner they will be living a debt-free life.

Once the highest-interest card is taken care of, move on to the next highest and so on.

"Based purely on the numbers, one might recommend to focus on the high-interest rate credit debt since it costs more money out of pocket…,"  McBride said.

Some people prefer to pay off the credit card with the lowest balance so they can get through it fast. In this case, if a user has multiple cards with balances, they should pay the minimums on all accounts while putting the most money possible toward paying off the card with the smallest balance.

Once the card with the smallest balance reaches zero, move on to the next card. Lower credit card debt will keep a consumer in better standing with a bank or financial institution when trying to acquire loans.

"However, oftentimes, unexpected events happen, and without an emergency fund, consumers with high-interest rate debts usually resort back to loans and most frequently, the credit card, since it is the easiest form of accessing money," McBride said.

Some positives to take away
While Bankrate reported 12 percent of survey respondents felt less secure about their jobs than they did a year ago, 24 percent said just the opposite, stating they felt better about job security in 2015.

Similarly, only a survey-low 16 percent stated their overall financial standing is worse off than a year ago. In fact, Americans are more optimistic about debt than at any time since June 2013, as 22 percent are more comfortable with their savings now compared to February 2014.