Learning Center / Yes, money can buy you happiness in some cases

Yes, Money Can Buy You Happiness in Some Cases 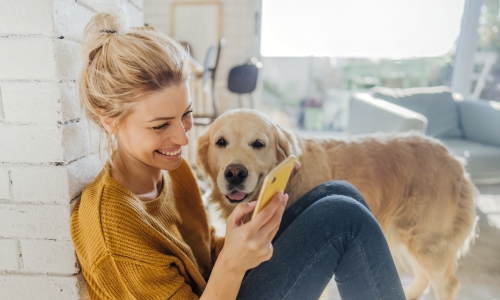 There's an age-old saying that money can't buy you happiness.

This is true, but only to an extent. Some individuals with a lot of wealth do indeed find happiness from owning multiple homes, cars and high-end clothing.

But for the average consumer, those purchases are nothing but a dream. However, it is possible to buy happiness, just not in how you might expect.

Save for something special
It's true that you must always think about the future, which involves lots of saving. You have to set aside money for emergencies, credit card payments, and in the long term, perhaps a down payment on a home and savings for retirement.

But saving for something special can result in happiness because once you finally make the purchase, you'll appreciate the effort required to do so, stated Psychology Today [1]. You don't necessarily have to save for a life-changing purchase, such as a house, but setting your sights on a new laptop or car can provide payoff.

Think of this as a form of delayed gratification, which is defined as your ability to resist urges for immediate payoff and, instead, wait. Whether it takes weeks, months or years to achieve your goal, you'll feel more gratification than if you had splurged early on.

Value experiences over material possessions
It's human nature to always want something new. It's not unusual to see people lining up for the release of the newest smartphone even though they have last year's edition that works perfectly fine. Sure, you might be happy as soon as you take the new device out of the box, but you might not be able to say the same thing a few months later when another new phone is released and you want to try something new.

Always basing your happiness around material possessions is something to avoid because you will always find yourself wanting more. That's not to say you won't be, but you can feel even more happiness if you spend your money on experiences instead of solely buying tangible items that may be replaced in a year or two.

The best part about spending money on an experience is it may not even cost a lot of money. Sure, a vacation to an exotic part of the world will be nice and lead to lasting memories, but so too will a lunch with your loved one or a group of best friends. It is during these social interactions that you can share stories, laugh and take pictures to remember the moments later on.

Donate to charity
According to the National Center for Charitable Savings, 72 percent of donations are from individuals contributing an average of $258.51 [2]. While you don't have to donate this amount, even the smallest offering will likely result in you feeling happy, especially if you're donating to a cause you strongly believe in. Even small donations can bring about that feeling of happiness because you know your money is going toward a good cause or movement.

In the end, money can indeed buy happiness. You just have to know what spend it on.

[1]. Is Your Piggy Bank a Source of Happiness?

[2]. Charitable Giving in America: Some Facts and Figures