Keep your retirement goals in sight 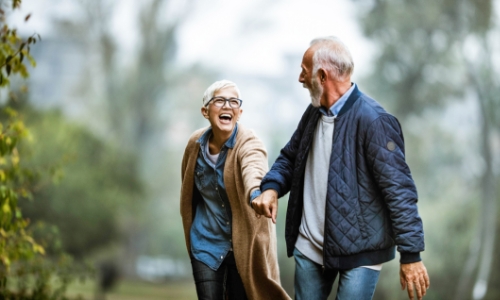 There is a "fundamental problem" many Americans are facing when planning for life after work, according to Anthony Webb, a senior research economist at Boston College's Center for Retirement Research [1].

Webb said the majority of Americans simply don't stow away enough money to make serious contributions to their savings. Some people can't be expected to place a large percentage of their income toward retirement savings when they have mortgage loans, families to feed and countless other day-to-day expenses.

While young adults who aren't saving still have enough time to right their ships, it can be harder for those who are in their 40s and 50s to do so. Webb recommended older workers consider delaying retirement.

"If you can work longer, for many people that will be a more palatable solution than saving a crazy percentage of your salary," Webb said.

While working longer does allow people a greater time period to save, it tends to mean they will have a shorter life.

Plan a budget and keep up with it
Those both near and far from retirement should be urged to create a financial plan and stick with it, according to the MarketWatch article by Henry Hebeler, a former vice president of Boeing [2].

By planning ahead, people will know how much they need to save for retirement every year and how much they can afford to spend once they have hung up their work boots. Hebeler added people should revise their retirement plans every year to keep a realistic viewpoint. If a person loses their job or gets a raise, the budget they created last year might not be practical.

"A new plan each year helps to accommodate other things that come up such as replacing the roof or assisting an adult child or elderly parent with a financial need," Hebeler said.

Withdrawal strategies
Choosing when and where to withdraw retirement funds can go a long way in helping someone live comfortably after one has quit the workforce.

Older Americans holding a 401(k), traditional IRA or another tax-deferred retirement plan should craft a strategy for making their withdrawals. MainStreet reported Americans should realize they could potentially face harsh tax penalties if they don't start making minimum distributions on their tax-deferred plans when they reach 70.5 years old.

MainStreet recommended waiting until turning 70.5 to make these distributions, as it provides the longest period of tax protection for their retirement money. Nevertheless, in some instances it's smarter to take out a little money before reaching this age.

"In many cases if somebody's retired, they actually end up paying less in taxes by taking some distributions prior to age 70.5 as opposed to waiting until 70.5," Gary Plessl, co-founder of a Pennsylvania-based wealth management group, told MainStreet. "Especially if they retire before Social Security starts, because from a tax standpoint they're not even getting the Social Security income yet, so they're actually in a lower tax bracket."

That's why it can be a wise decision to contact a financial planner to understand all the ins and outs of a retirement distribution strategy.

The inherit risks of investments
Certified financial planner David Mendels told CNBC one of the largest risks future retirees face is how to invest their savings. While all investments carry some sort of risk, Mendel urged Americans nearing retirement to focus on investments that have less probability for volatility.

"Retirees jump through these hoops in an effort to generate more income and get into riskier and narrower stuff when they should be focused on total return as opposed to yield," Mendels said.

[1]. Key steps to make sure your nest egg doesn't crack

[3]. How to Enjoy Retirement Without Going Broke: 6 Tips for Older Americans