The psychology behind consumer spending 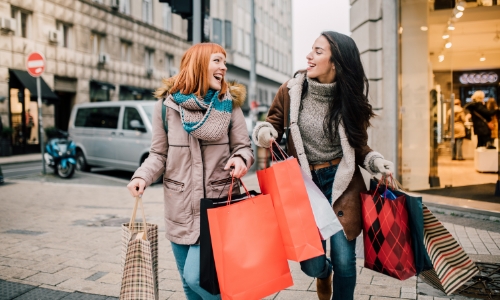 Small-business owners in the food or retail industry might want to reconsider their sales pitches, according to The Associated Press. That's because the psychology behind how a consumer orders can have a direct impact on how much they spend.

Greg Rapp, a restaurant adviser in California, knows the drill. Rapp works as a consultant to fast-food chains and sit-down restaurants and consistently has to remind business owners of a few specific items pertaining to the psychology of ordering.

Rapp inferred one of the most important aspects in getting people to spend more money is the language and imagery associated with the dish, product or service. Rapp said elaborate descriptions of a product or dish can make it easier for a consumer to handle a lofty price.

"The more you talk about it, the less it costs in the customer's head," he told the AP. "The more value you're giving them."

Cornell University initially reported this phenomenon in 2009. The Cornell study stated consumers who went out to eat spent significantly more if their menu didn't contain a dollar sign compared to those who received a menu containing dollar signs. This showed menu formatting had a definitive impact on a consumer's willingness to spend.

How to boost products in a retail store
While Rapp primarily focuses on the restaurant industry, there are ways for retail stores to maximize business investments and profits through a similar psychological presence.

Business Insider reported placing high-margin products at the front of the store and more essential, low-margin items near the rear of the store is a selling tool. This showcases items that bring the most value to the store while forcing consumers to go through the whole store to find those necessary, low-margin items.

Color schemes also play an important part in catching pedestrian traffic. Business Insider stated consumers are drawn to certain stores that emit warm colors such as reds, oranges and yellows. However, business owners shouldn't decorate the interior the same as the exterior. The source said cool colors such as greens and blues encourage people to spend more once inside.

Similar to cool colors, slow music can spur consumers to shop at their own pace and, in turn, spend more. Classical music especially prompts expensive purchases, while faster music tends to hurry people through a store, according to Business Insider.

Give plenty of options
Eugene Lee, CEO of Darden Restaurants, principal of Olive Garden, told the AP the number of choices offered to a consumer can have an impact on a business's bottom line.

He said giving more choices tends to increase the chances that people will order more.

"When you have eight appetizers on the menu versus six, you sell more appetizers with eight," Lee said while conveying issues of the complexity of Olive Garden's menu.

There's a psychology behind what people want, and typically if an object is scarce, more people will be interested in acquiring it. That's why offering limited-time sales or certain products or services for a set period of time can spur customer engagement.

Forbes said persuading consumers through urgency is key, because if someone is not driven enough to purchase something at the moment, they won't be as likely to purchase it later on in life.

Same-day ACH and Your Business