Learning Center / Avoid Procrastination When it Comes to Retirement

Avoid Procrastination When it Comes to Retirement

A lack of interest, a fear of failure and insufficient motivation are three reasons people procrastinate, according to Oregon State University's Academic Success Center. 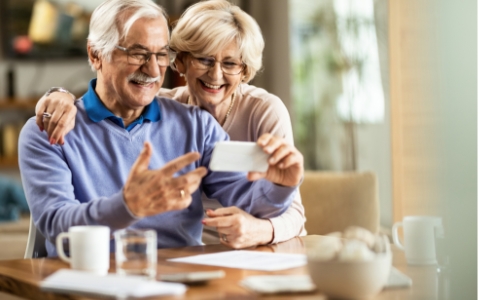 A new survey released by Financial Engines, a professional management firm, polled 968 respondents and found a variety of reasons why Americans choose to delay planning for their post-employment years. The top reasons included stress (50 percent), other priorities (40 percent), worry about being taken advantage of (24 percent), not knowing how to start saving (23 percent) and trouble setting aside money (20 percent). Respondents could choose more than one reason for procrastinating.

The problem with delaying this fiscal planning is that it can be extremely hard to make up for lost time. Financial Engines reported a consumer who saves 6 percent of a $36,000 salary starting at age 25 would have close to $500,000 by age 65. However, that is assuming the salary grows 1.5 percent annually and the employer matches 3 percent of the contributions.

But not everyone has the wherewithal to start saving for retirement in their mid-20s, according to Mike Jurs, a Financial Engines spokesperson.

"When it comes to financial planning, it's really easy to put it off because you won't feel the pain until you are ready to stop working," Jurs said told The Wall Street Journal. "But procrastinating can really cost you - and the sooner you start the better off you will be."

For those getting a slow start on their retirement goals, it's not an irreversible trend.

"If you have procrastinated, you are not doomed," Jurs said. "You can still catch up. It's just going to cost you more."

Create a long-term plan
Chris Rhim, a certified financial planner based in Vermont, told U.S. News & World Report that it's important to avoid being too conservative with a retirement portfolio.

"If you are looking at 20 to 25 years of retirement, that is a long-term planning horizon and you need a competitive return," he said. "That really is a call for stocks. You simply can't get that type of return with bonds and cash."

Rhim said one way to maximize funding is by limiting the taxes and penalties that go toward retirement assets. He said react in compliance with this method and avoid making emotional decisions.

Developing long-term goals also means a retiree should figure out how they plan to spend their time. Someone who plans to live frugally will not face the same saving pressure as someone who plans to travel the world and live in luxury during their post-work years.